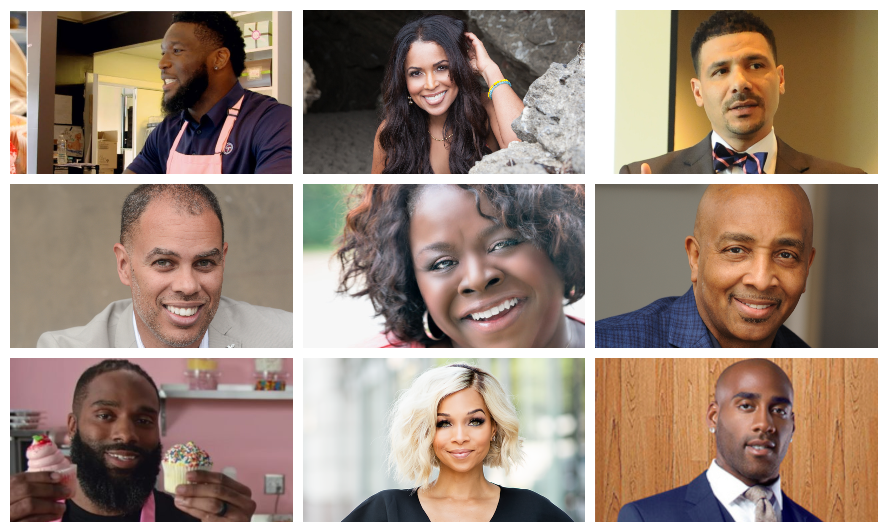 ATLANTA, Feb. 1, 2019 /PRNewswire/ — Multiple EMMY® winning TV/film producer, social media influencer, entrepreneur, and branding guru Rushion McDonald, hosts an expansive lineup of guests this February on “Money Making Conversations.”  Featuring compelling conversations on self-empowerment and sharing keys to succeed in balancing careers and a healthy life, pursuing business ownership, navigating today’s tech and more, McDonald delivers a mix of expertise and entertainment on every show, to inspire listeners to invest themselves in boldly going for their dreams, no matter what age.  The month of February on “Money Making Conversations” will include former NFL pros who’ve created new ventures, actors, life/relationship coaches, award-winning producers, motivating speakers, and fitness, food, and beauty entrepreneurs.  “Money Making Conversations” is hosted by Rushion McDonald and produced through his multimedia company 3815 Media.  “Money Making Conversations” can be heard live every Monday on Atlanta’s biz1190-AM from 10AM-Noon ET, with a replay every Friday 10AM-Noon ET, and every Sunday at 3PM ET.  The show can be heard on SiriusXM Channel 141 on Howard University Campus and SiriusXM Channel 142 on HBCU Campuses, and episodes can also be downloaded on iTunes, iHeartRadio podcast, Google Play, Stitcher, SoundCloud, and seen live on the Money Making Conversations Facebook page.

Hailed as a creative business and branding maven, with a visionary global expertise that has crafted a portfolio of success in diverse fields, Rushion McDonald has executed multi-million dollar deals across various industries, written and produced for Kevin Hart, Taraji P. Henson, Gabrielle Union, Jamie Foxx, and most notably he is the architect of Steve Harvey’s multi-media entertainment career.  He is a former IBM executive. Heading his company 3815 Media, Rushion McDonald continues to be a trusted leader and voice for entrepreneurship and entertainment, through “Money Making Conversations” and social platforms.