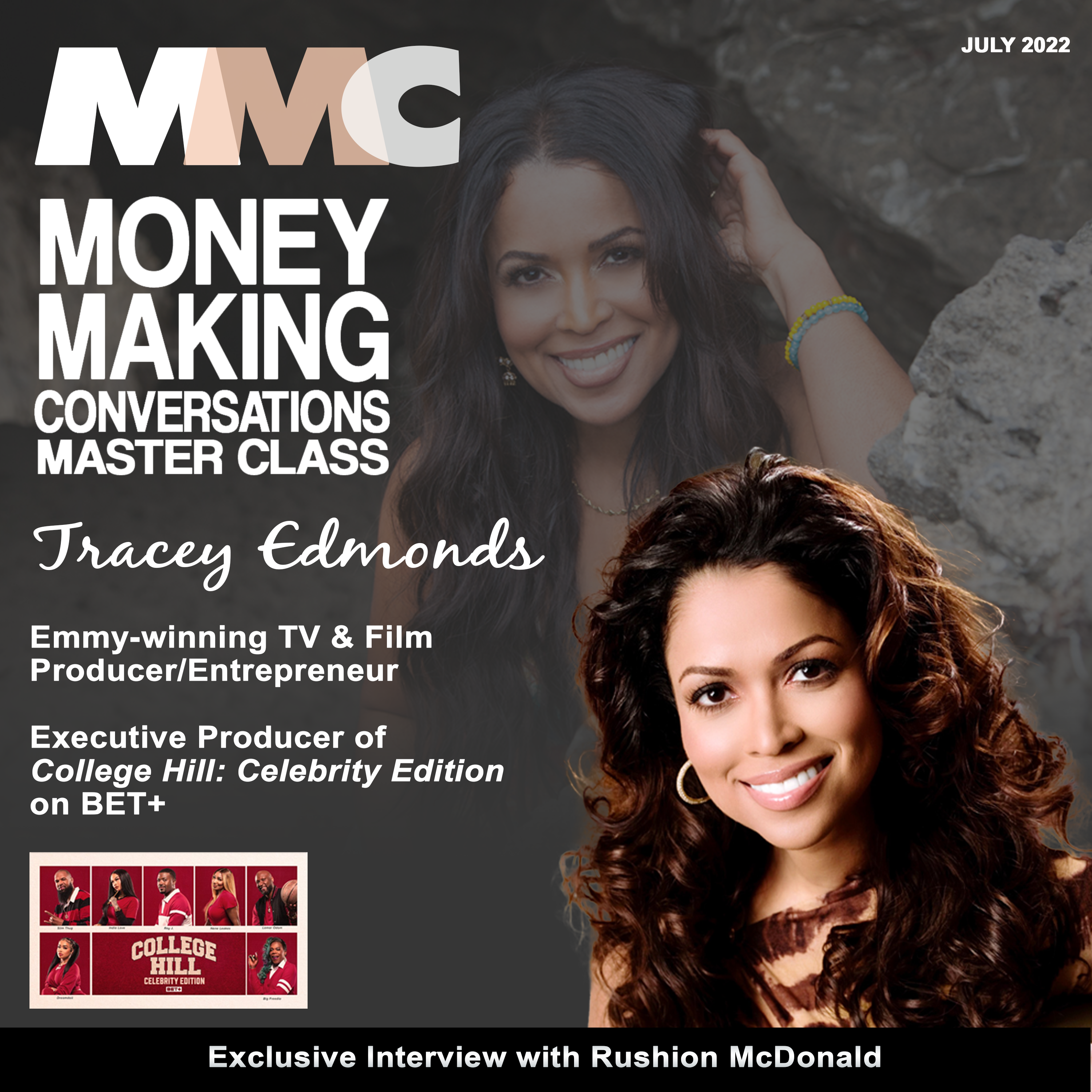 Come behind the scenes of the College Hill: Celebrity Edition with EMMY-winning TV and Film Producer, and Entrepreneur, Tracey Edmonds. We discuss how graduating from an HBCU (Southern University) changed her life and propelled her forward in her career.

Who brought Stacey Dash on the show?

Tracey Edmonds has created and produced groundbreaking projects for television, film, music, and digital media and recently exited ExtraTV, where she earned an Emmy Award while serving as co-host alongside Mario Lopez and Charissa Thompson for 3 years. Edmonds currently serves as CEO and President of Edmonds Entertainment. Edmonds is also the Founder and Editor of the new lifestyle, health and wellness media brand, AlrightNow.com.

BET goes back to school to revive the nostalgic reality series “COLLEGE HILL: CELEBRITY EDITION.” In the reimagined new season, celebrities will live together and join the Historically Black Colleges and Universities (HBCU) Texas Southern University as students.

The 8-episode series will explore college life through a celebrity lens while showcasing the unique cultural and academic experience of HBCUs.

Despite their respective fame and notoriety, each cast member is committed to focusing on their higher education as a personal challenge to prove it’s never too late.

Enrolled alongside current Texas Southern University students, the cast will work towards completing a specialty certificate program to cross the graduation stage. T

hough to triumph, like any ordinary college student, they must complete their course work along with required internships, extra credit opportunities, group projects, and more.