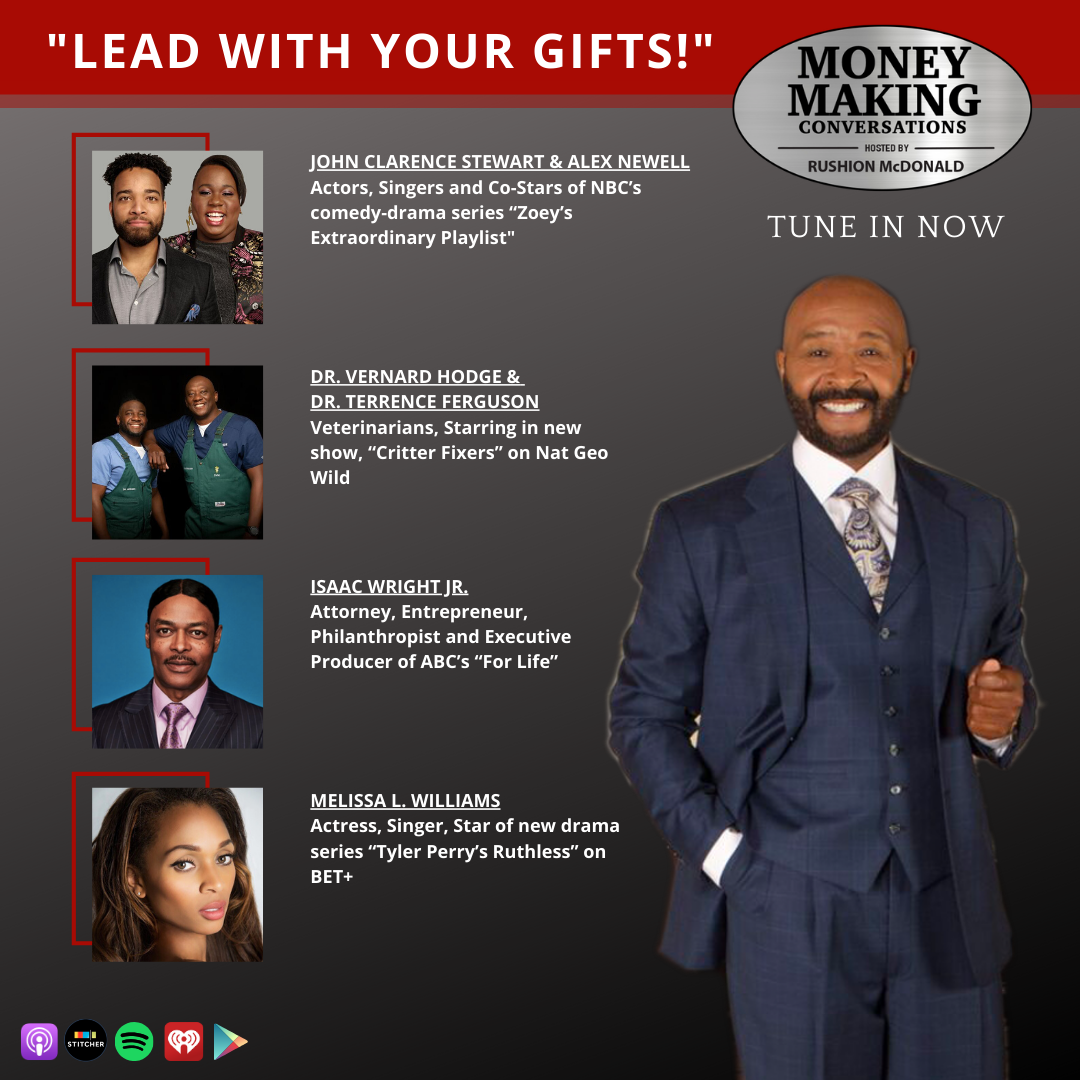 John Clarence Stewart and Alex Newell are live in studio. From the Luke Cage Netflix series, he plays Simon on NBC’s midseason drama “Zoey’s Extraordinary Playlist.” And from the Glee TV series she plays Mo on NBC’s new midseason drama “Zoey’s Extraordinary Playlist.” They are both talented entertainers, but they are also driven by their causes to create change. Alex Newell is a powerful voice in the LGBT teen community worldwide and John Clarence Stewart is an advocate for the evolution of Black and Brown Men, and the innocence and education of Black and Brown Boys. Please welcome to Money Making Conversations two of the stars of Zoey’s Extraordinary Playlist that airs Sunday night on NBC, John Clarence Stewart and Alex Newell.

Drs. Vernard Hodges and Terrence Ferguson are starring in their new TV show on National Geo entitled Critter Fixers: Country Veternarians. The show follows the lifelong friends who happen to be Veternarians and who happen to be African American who own and operate Critter Fixer Veterinary Hospital, located 100 miles south of Atlanta. Please welcome to Money Making Conversations Drs. Vernard Hodges and Terrence Ferguson.

Isaac Wright Jr is an Attorney, Entrepreneur, Philanthropist. He was on top of the word when he was falsely accused and convicted of being a drug kingpin. In 1991, he was sentenced to Life in prison, plus 72 years on other drug convictions. He is now the Executive Producer of the new ABC fictional legal and family drama series “For Life.” Please welcome to Money Making Conversations Isaac Wright Jr.

Melissa L. Williams is a talented actress and singer who was born in Oklahoma City, Oklahoma. She moved to Atlanta for college and attended Clark Atlanta University. Where she majored in Theatre and then moved to Los Angeles and has been booking television shows, films, and commercial jobs. She is now starring in the new series “Tyler Perry’s Ruthless.” Please welcome to Money Making Conversations Melissa L. Williams.