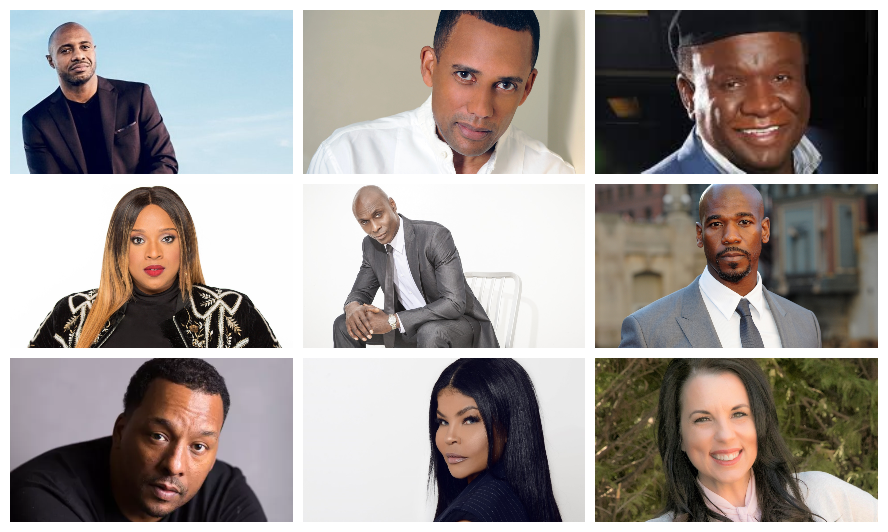 Hosted/produced by Rushion McDonald, “Money Making Conversations” can be heard every Monday live on Atlanta’s biz1190-AM from 10AM-Noon ET, with replays on Fridays 10AM ET, and Sundays at 4PM ET. The show can be heard on SiriusXM Channel 141 on Howard University’s Campus and SiriusXM Channel 142 on HBCU Campuses, and can also be accessed via iTunes, iHeartRadio podcast, Amazon Alexa, Stitcher, SoundCloud, and seen live on Rushion McDonald’s Facebook page.

Producing “Money Making Conversations” through his company 3815 Media, Rushion McDonald is a trusted voice for entrepreneurship, presenting entertaining and invaluable conversations with superstars from all industries, which illuminate the triumphs and obstacles that have shaped their own career paths and brands in multiple lanes. Hosting an ongoing dialogue to help listeners create a playbook for success in any field, McDonald shares the secrets of career reinvention and longevity, how to navigate the complexities of personal branding and business globalization today, tips on financial and tech protection, and living a well-balanced life. A multiple EMMY® and NAACP Image Award winner, Rushion McDonald’s experience as a marketing and entertainment creative dealmaker, writer, producer, business leader includes assembling multi-million dollar deals, and producing national marketing campaigns, blockbuster movies, and programming from sitcoms and reality shows to syndicated television and radio. He’s written and produced for Kevin Hart, Taraji P. Henson, Gabrielle Union, Jamie Foxx, Tia and Tamera Mowry, and noted as the architect of Steve Harvey’smulti-media entertainment career, along with past stints at IBM and owning a comedy club.

I have from "Ladies Who List Atlanta," Real Estate Closing Attorney @tiffanihawesesq answering callers questions about purchasing a home in today's market. She also breaks down what you should look for in a Closing Attorney

We start off with Celebrity Chef @Chefjernard speaking on his most recent season 'New Soul Kitchen' and the new direction towards a healthy food living, before transitioning to 'Ladies who List' @tiffanihawesesq for her insights into the current market!

We’re building our team! To apply, scan the QR code or apply online at http://www.bigdavescheesesteaks.com/careers