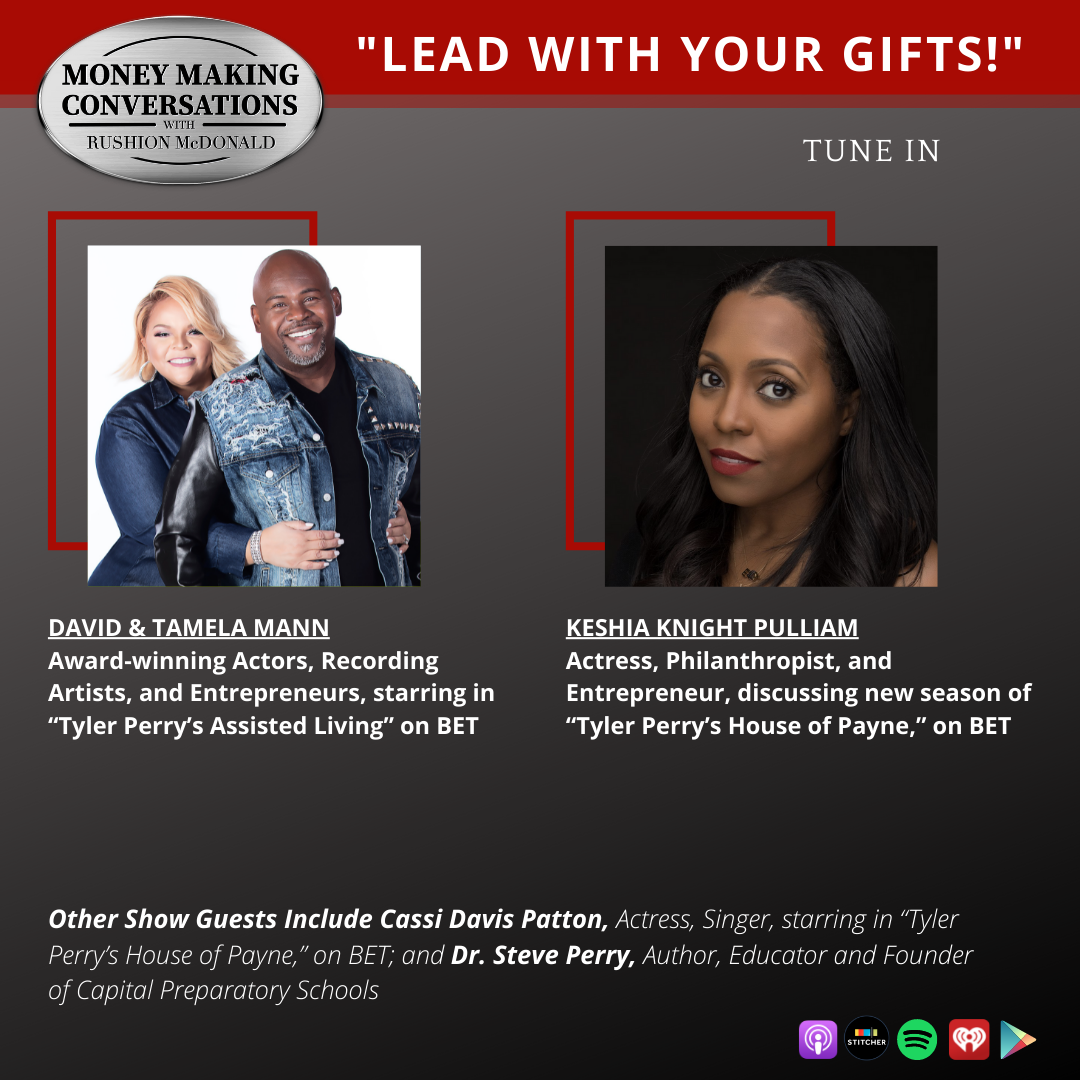 Keshia Knight Pulliam- Actress, Philanthropist, and Entrepreneur discusses the new season of “Tyler Perry’s House of Payne” on BET. She is a graduate of an HBCU, Spelman College, and she did it with honors with a BA in sociology and concentration in Film. She is an Emmy-nominated actress, runs the Kamp Kizzy Foundation, The Fearless Fund, co-founded with her business partner Arian Simone and sells culinary products on her Keshia’s Kitchen website.

Dr. Steve Perry- Author, Educator, and Founder of five Capital Preparatory Schools, In 2020, Dr. Steve Perry opened his fifth school campus in the Bronx, NY. In all schools, students are admitted to the schools by random lottery to ensure equal access to all students regardless of socioeconomic status or academic history.