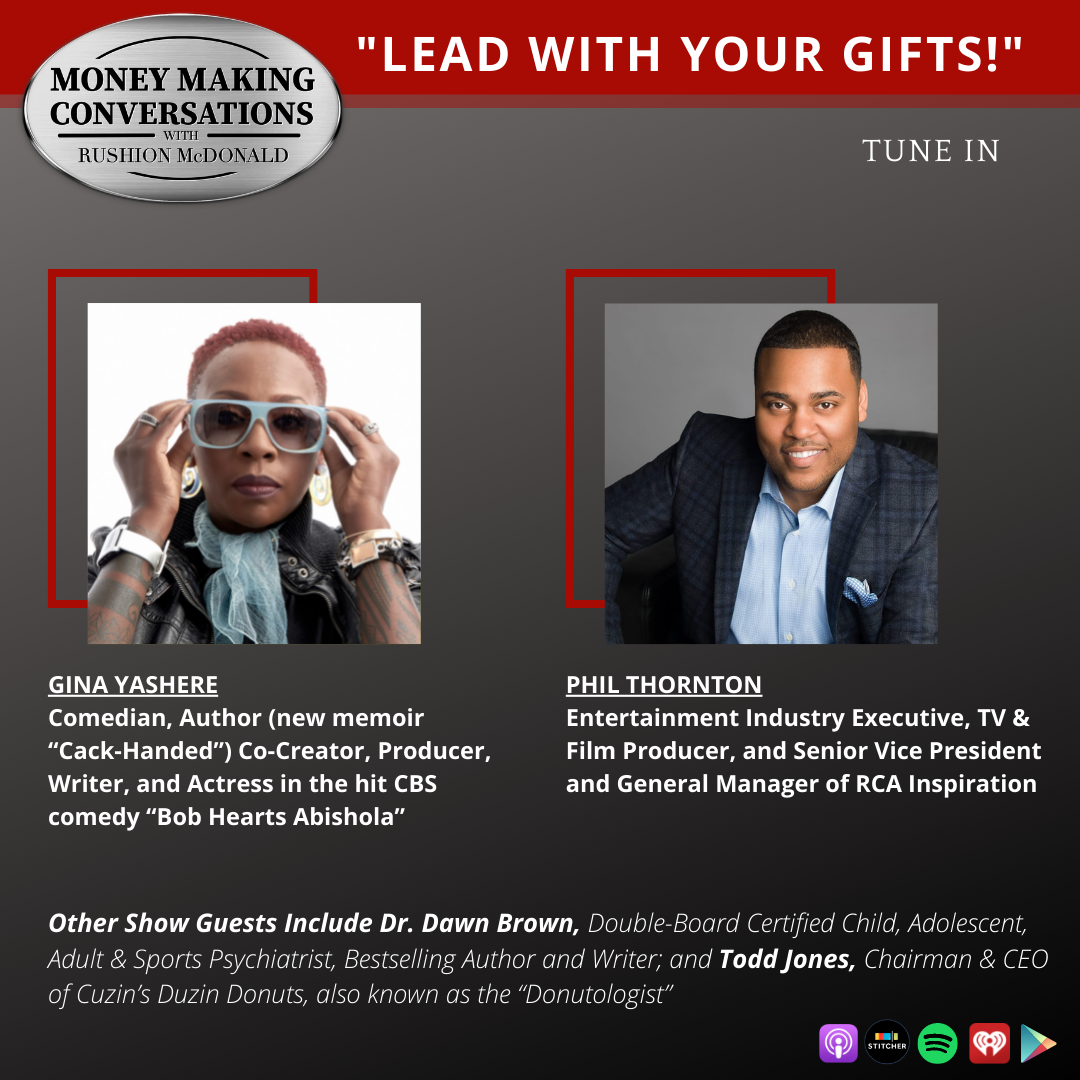 Gina Yashere is releasing her first book, the memoir Cack-Handed. The British comedian of Nigerian heritage is the co-creator, co-executive producer, writer, and actress on the CBS hit series Bob Hearts Abishola. Her book Cack-Handed chronicles her odyssey to get to America and break into Hollywood in this lively and humorous memoir. Gina Yash-ER-RAY has appeared on countless television shows both in the UK and the US. In the US, she was the first and only British comic to perform on Def Comedy Jam.

Dr. Dawn Brown is a double-board certified child, adolescent, adult, and sports Psychiatrist. She is a pioneer of the Mental Health Movement, and a nationally recognized two-time #1 best-selling author, Forbes writer, ADHD coach, mental health expert, and public speaker. We are going to discuss how to prioritize your mental health and the stigmas regarding mental health.

Todd Jones has been in the donut-making Game for over 45 years. He started Cuzin’s Duzin 26 years ago. He has a Mini-Donut shop in Downtown Brooklyn NY. He will be franchising the concept by the end of 2021