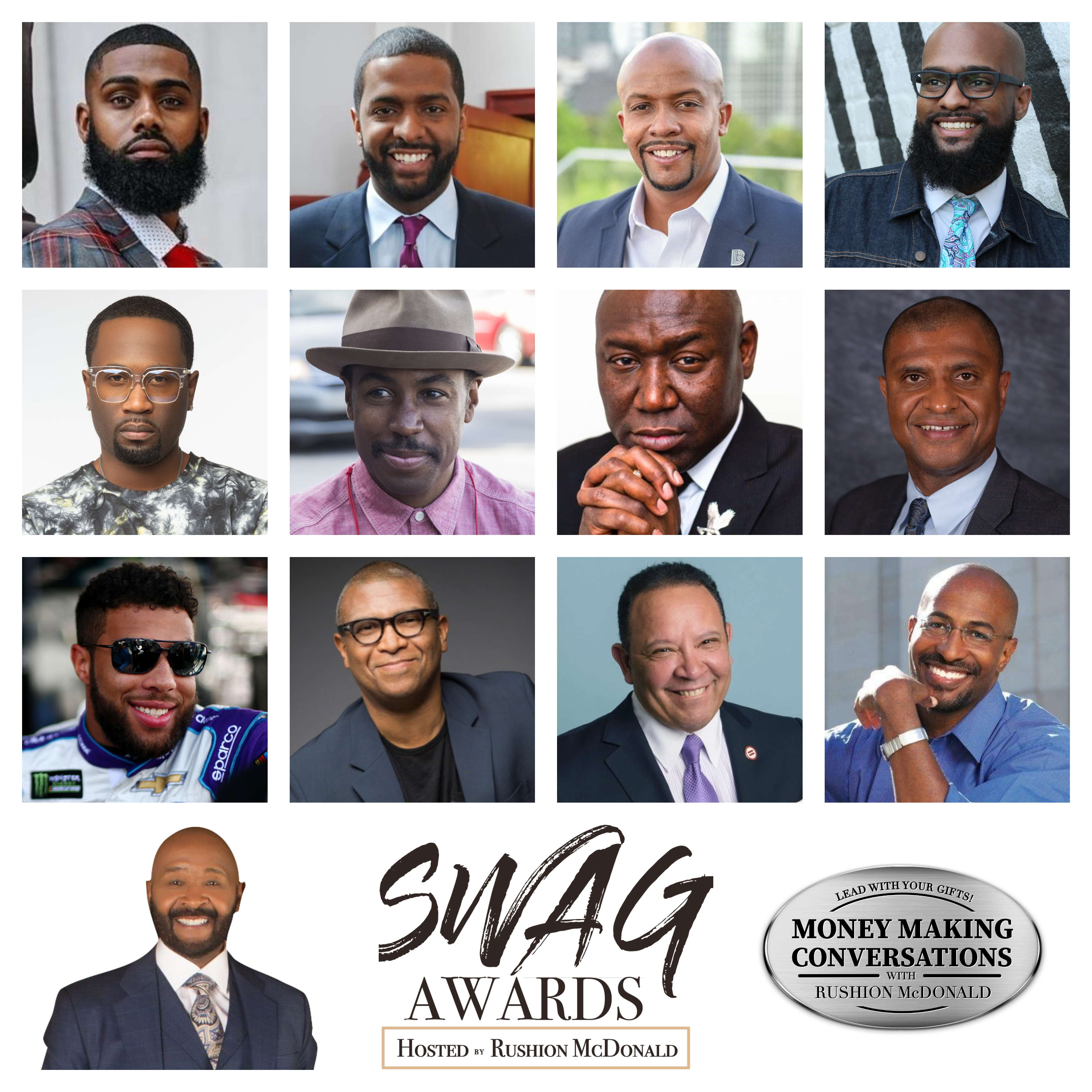 Atlanta, GA – June 12, 2020 – Since Father’s Day is coming up June 21st, Money Making Conversations creator Rushion McDonald announces a new round of SWAG Award honorees on Miles Ahead Broadcasting’s nationally-syndicated Café Mocha Radio Show, featuring Black men who are an inspiration and vital contributors to their industries, empowering their communities and future generations. Honoring Black excellence and the men whose service and leadership are exemplars of SWAG, representing Strength, Wisdom, Assertiveness, and Genuineness in their spirit, this latest round of honorees spotlight 12 men. Airing the SWAG Award feature weekly, this latest round of honorees on Café Mocha Radio begins airing June 12th. A two-time EMMY® Award winner, television/film/radio producer Rushion McDonald is the host and creator of the popular podcast and syndicated radio show, Money Making Conversations, which airs weekly nationwide.

Affectionately known as, ‘radio from a woman’s perspective,’ Café Mocha has honored an array of women from around the country and the SWAG Award feature honors men of color. From well-known to many unknown heroes, to submit a nomination, send an email with subject line ‘SWAG’ to info@milesaheadbroadcasting.com.

Rushion McDonald is the host and creator of the popular podcast and syndicated radio show, Money Making Conversations. Each Money Making Conversations show is about entrepreneurship and entertainment.  He interviews Celebrities, CEOs, Entrepreneurs and Industry Decision Makers. He has a degree in Mathematics from the University of Houston and was trained in marketing while working at IBM. McDonald is well known in the entertainment industry for being the brand architect of Steve Harvey’s career and he is currently Stephen A. Smith’s business manager.  His successes include producing top television sitcoms and syndicated shows like “Family Feud,” “Evidence of Innocence,” “The Jamie Foxx Show,” “Sister, Sister,” “Steve Harvey Talk Show,” and blockbuster hit films, “Think Like A Man” and “Think Like A Man Too.” He is a Reggie Award winner for Local, Regional Market Marketing for the Air National Guard. He managed all of the marketing and branding campaigns for recruitment and retention, including social media posts, live events, call center, media buys, and website updates for the Air National Guard in all 50 states, Guam, U.S. Virgin Islands, Puerto Rico, and Washington DC.