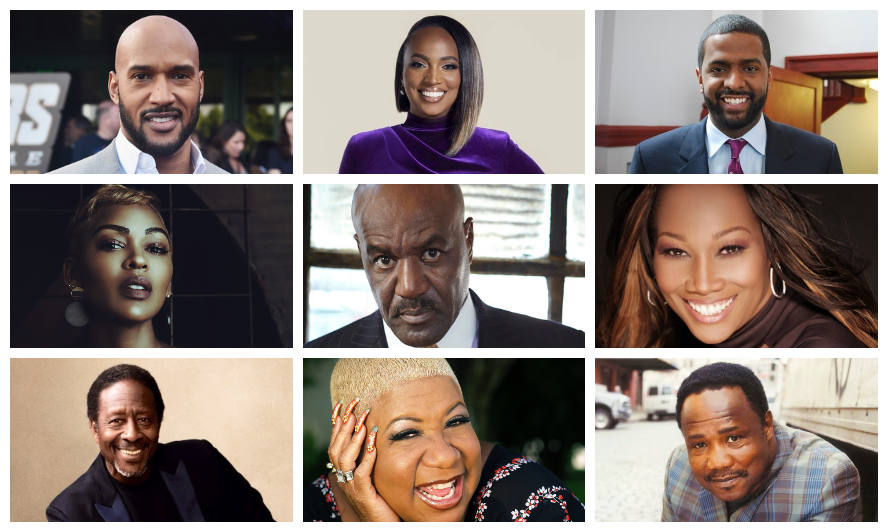 Rushion McDonald produces “Money Making Conversations” through his multimedia company 3815 Media, where he is the business manager for ESPN’s Stephen A. Smith and was the Chief Marketing Officer for the Air National Guard’s national account for recruitment and retention in the 50 states, Guam, Puerto Rico, U.S. Virgin Islands and Washington, DC. Delivering entertainment and entrepreneurship each month, McDonald interviews CEOs, celebrities, entrepreneurs, industry experts, authors, and more on “Money Making Conversations” to share their expertise and keys to navigating business and living a balanced life. A multiple EMMY® and NAACP Image Award winner, Rushion McDonald is a television/film producer, sitcom writer, branding architect, award-winning baker, and his successes include producing top television sitcoms and syndicated shows like “Family Feud,” “Evidence of Innocence,” “The Jamie Foxx Show,” “Sister, Sister,” “Steve Harvey Talk Show,” blockbuster films “Think Like A Man” and “Think Like A Man Too,” and executing top-tier special events and tours. McDonald graduated with a Mathematics degree from the University of Houston and was trained in marketing while working at IBM.