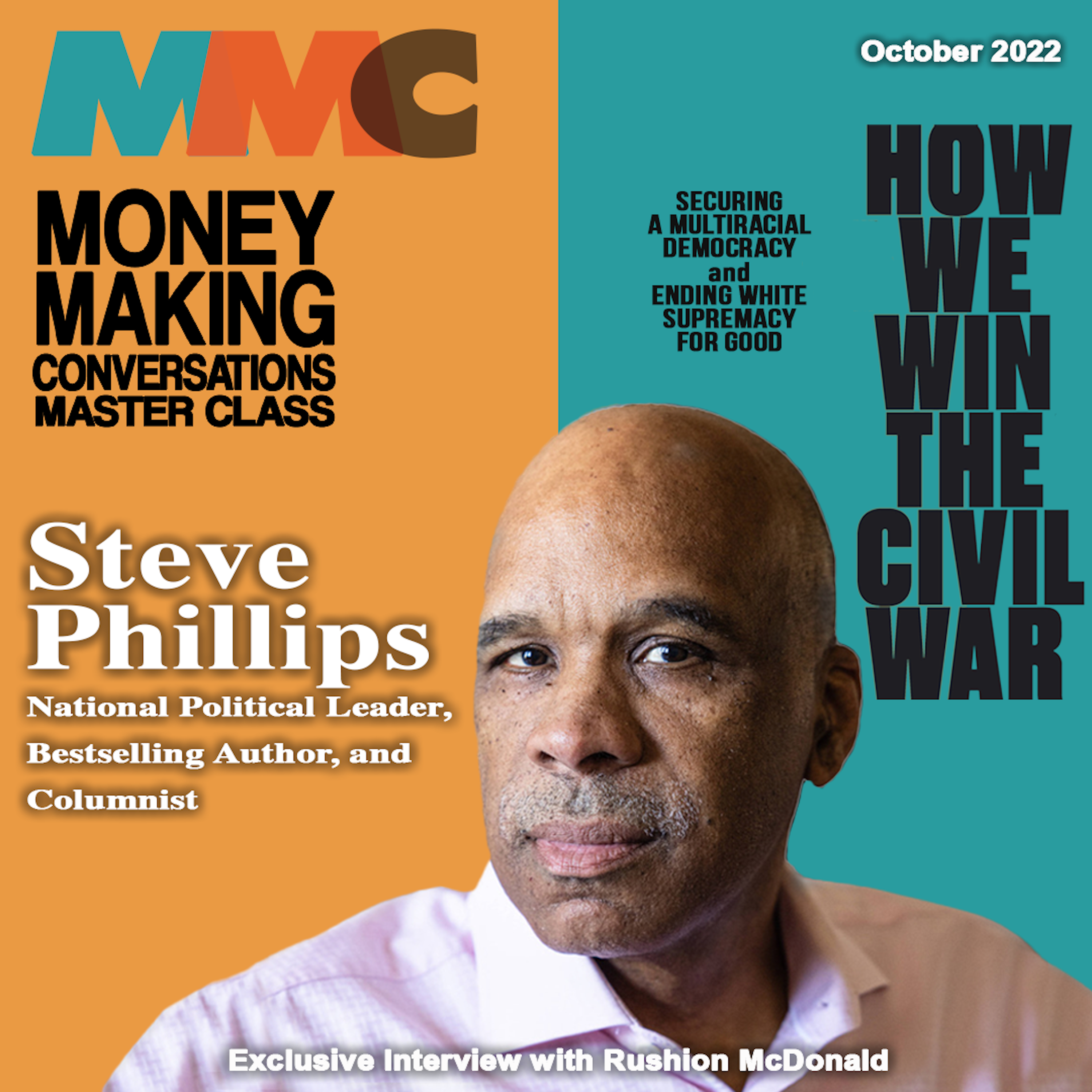 With the release of his new book, “How We Win The Civil War”, political thought leader, Steve Phillips, explains how the civil war never ended and gives insight into the political climate of today.

Steve Phillips is a New York Times bestselling author, columnist, and leading national political thought leader. He is the author of the New York Times and Washington Post bestselling Brown Is the New White: How the Demographic Revolution Has Created a New American Majority. He is also the founder of Democracy in Color, a political media organization dedicated to race, politics and the multicultural progressive New American Majority. Phillips is the host of “Democracy in Color with Steve Phillips,” a color-conscious podcast on politics. He is a regular columnist for The Nation and The Guardian. His new book, How We Win the Civil War, is due out on October 18, 2022. For more information, please visit: stevephillips.com

-President Biden says that we are in a “battle for the soul of the nation.”

-To win, progressives and Democrats must increase the allocation of time and financial resources to leaders and organizations with a proven winning game plan for turning out people of color in key races.

-Ever since Abraham Lincoln was first elected president in 1860, people in this country have consistently underestimated the cultural appeal and political power of whiteness at every step of the way.

-Many Americans are uncomfortable being explicit about the centrality and power of whiteness. But their persistence to remain silent and avoid discomfort will cost us our democracy.

-Democrats, for their part, are hesitant and fearful of explicitly refuting these attacks for fear of losing support among white voters.

-Democrats and progressives must recognize the true nature of our political reality.

More on “How We Win The Civil War”

In HOW WE WIN THE CIVIL WAR, Steve Phillips charts the way forward for progressives and people of color to lead the way to end this civil war, arguing that Democrats, in particular, must recognize the urgency of the moment we’re in as well as the nature of the fight we’re in—a contest between democracy and white supremacy left unresolved after the original Civil War.

Phillips also shines a light on the people, places, and organizations that have recently defeated the modern-day Confederates and made meaningful progress towards making America a multiracial, multicultural democracy.

Conventional wisdom about how Democrats win elections in the U.S. is wrong. Pursuing white swing voters is no longer a path to victory for Democrats and progressives because of permanent demographic changes across the country. Electoral victories in Georgia, Arizona, and Virginia are proof of that fact.