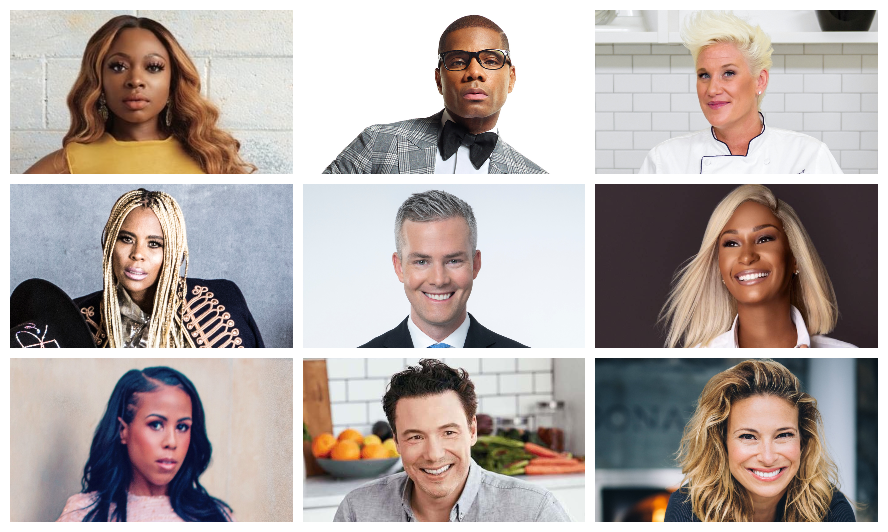 Rushion McDonald produces “Money Making Conversations” through his multimedia company 3815 Media, where he is the business manager for ESPN’s Stephen A. Smith. He is also an executive producer on the series “Stephen A’s World” on ESPN+. He previously was the Chief Marketing Officer for the Air National Guard’s national account for recruitment and retention, and won the prestigious Reggie Award for Local, Regional Market Marketing for his work handling the marketing and branding for the Air National Guard. A multiple EMMY and NAACP Image Award-winner, Rushion McDonald is a television/film producer, writer, branding architect, award-winning baker, and his successes include building the Steve Harvey multimedia brand and producing acclaimed sitcoms, unscripted programs and syndicated shows like “Family Feud,” “Evidence of Innocence,” “The Jamie Foxx Show,” “Sister, Sister,” “Steve Harvey Talk Show,” hit movies “Think Like A Man” and “Think Like A Man Too,” and worked with numerous top corporations such as IBM, State Farm, Ford, Disney, among others.

Don Benjamin discusses how he decided to change his connection to women, the purpose of his new book "My Truth" and more.