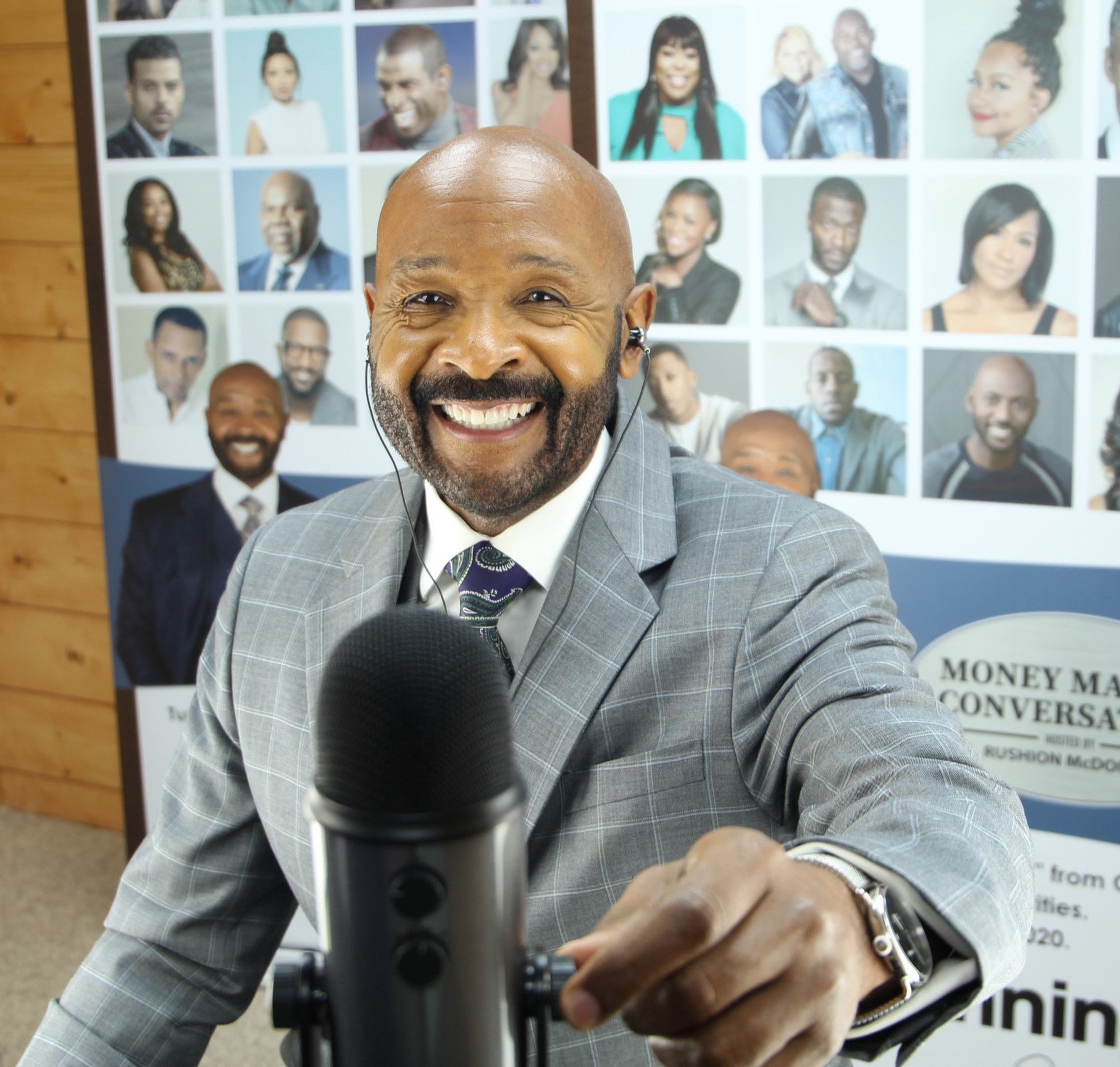 Hosting the special edition of “Money Making Conversations” in support of higher education with HBCUs (historically black colleges and universities), Rushion McDonald’s show kicked off early support on November 29th of the Voorhees College Stream-a-Thon, for the school’s giving campaign held in recognition of the national Giving Tuesday movement. Voorhees College held its 2020 Day of Giving Stream-a-Thon to record-breaking success, reportedly raising $1,003,816 during a 12-hour live stream-a-thon that was held on December 1st, surpassing its goal of $1 million.

Dr. W. Franklin Evans, Voorhees College president and CEO, said he is proud of what the institution was able to accomplish for its deserving students. “We are just blown away by the participants during our Day of Giving and it shows how invested they are into not only Voorhees’ success but the community,” Evans said.

Rushion McDonald says, “It was an outstanding experience. I was humbled that Voorhees College asked my Money Making Conversations platform to participate and the celebrity guest interviews were outstanding!”

Featuring powerhouse Hollywood and music creatives, TV/film personalities, business leaders and CEOs, authors, and more, Rushion McDonald produces “Money Making Conversations” through his multimedia company 3815 Media, where he is the business manager for ESPN’s Stephen A. Smith and was the Chief Marketing Officer for the Air National Guard’s national account for recruitment and retention in the 50 states, Guam, Puerto Rico, U.S. Virgin Islands and Washington, DC. He is a winner of the prestigious Reggie Award for Local, Regional Market Marketing for his work handling the marketing and branding for the Air National Guard. A multiple EMMY and NAACP Image Award winner, Rushion McDonald is a television/film producer, writer, branding architect, award-winning baker, and his successes include building the Steve Harvey multimedia brand and producing acclaimed sitcoms, unscripted programs and syndicated shows like “Family Feud,” “Evidence of Innocence,” “The Jamie Foxx Show,” “Sister, Sister,” “Steve Harvey Talk Show,” and hit movies “Think Like A Man” and “Think Like A Man Too.” McDonald has a Mathematics degree from the University of Houston, and has worked with numerous Fortune 500, multi-million and billion-dollar companies throughout his career in entertainment and corporate sectors.