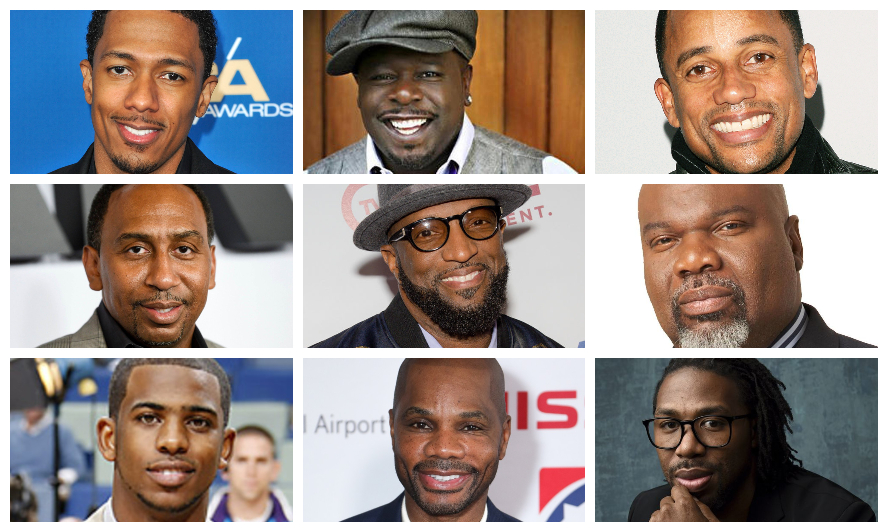 “Rushion McDonald is a perfect host for this new feature as he represents the passion and characteristics of the SWAG,” says Café Mocha Creator/Executive Producer Sheila Eldridge.

“We take great pride in celebrating our Black men who are often overlooked for their accomplishments. We’re proud to highlight their philanthropy and community service. Just as we’ve celebrated Black women over the past ten years with our Salute Her Awards events, it’s time to magnify the excellence we see and experience everyday in our men who are leaders, role models, fathers, teachers and activists.”

“I am honored to have interviewed each honoree on my ‘Money Making Conversations’ Talk Show,” says McDonald. “Café Mocha’s Swag Award represents men whose brands transcend their profession, who are constantly paying it forward in our community, and these men embody that.”

Affectionately known as, ‘radio from a woman’s perspective,’ Café Mocha has honored an array of women from around the country and now this new feature will fill an important void by honoring men of color. From well-known to many unknown heroes, the SWAG award will shine a spotlight on their work.  For more information and/or to submit a nomination, send an email with subject line ‘SWAG’ to info@milesaheadbroadcasting.com.

Rushion McDonald is the host and creator of the popular podcast and syndicated radio show, Money Making Conversations. Each Money Making Conversations show is about entrepreneurship and entertainment.  He interviews Celebrities, CEOs, Entrepreneurs and Industry Decision Makers. He has a degree in Mathematics from the University of Houston and was trained in marketing while working at IBM. McDonald is well known in the entertainment industry for being the brand architect of Steve Harvey’s career and he is currently Stephen A. Smith’s business manager.  His successes include producing top television sitcoms and syndicated shows like “Family Feud,” “Evidence of Innocence,” “The Jamie Foxx Show,” “Sister, Sister,” “Steve Harvey Talk Show,” and blockbuster hit films, “Think Like A Man” and “Think Like A Man Too.”