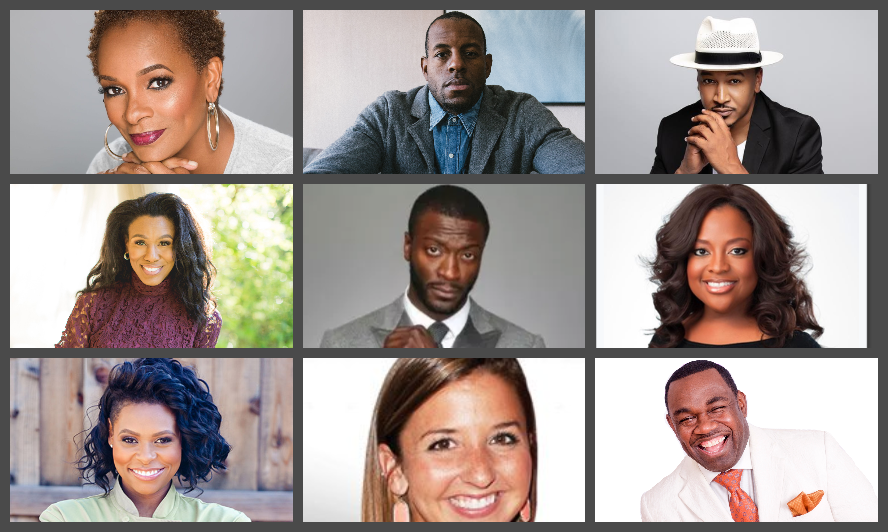 ATLANTA, Aug. 5, 2019 Get lifted with a soaring summer lineup of powerful true stories and inspiring journeys this August with star achievers from the worlds of sports, film and television, business, fashion, motivational speaking and more on Rushion McDonald’s hit show “Money Making Conversations.” Speaking success into your life and the tools and expertise on how to achieve it, every week Rushion McDonald – the two-time EMMY®-winning producer, social media influencer, entrepreneur, and branding guru – is joined by tastemakers, celebrities, entrepreneurs, and scintillating personalities, carrying on a refreshing dialogue on carving out long-term, high-levels of success across a broad range of industries. Providing guidance on the blueprints for realizing your goals in your career, managing your finances, maintaining health and wellness, mentorship, and more, “Money Making Conversations” is hosted and produced by Rushion McDonald and available across digital platforms, satellite networks and terrestrial radio including: SiriusXM Satellite Radio Channels 141 on Howard University’s Campus, and 142 on HBCU Campuses on Mondays, Wednesdays, and Fridays, via Apple Music, iHeartRadio podcast, Spreaker, Amazon Alexa, Stitcher, SoundCloud, every Monday live on Atlanta’s biz1190-AM from 10AM-Noon ET, with replays on Fridays 10AM ET, and Sundays at 4PM ET, on WSNC 90.5-FM and WRVS 89.9-FM in North Carolina, and live-stream on Rushion McDonald’s Facebook page.