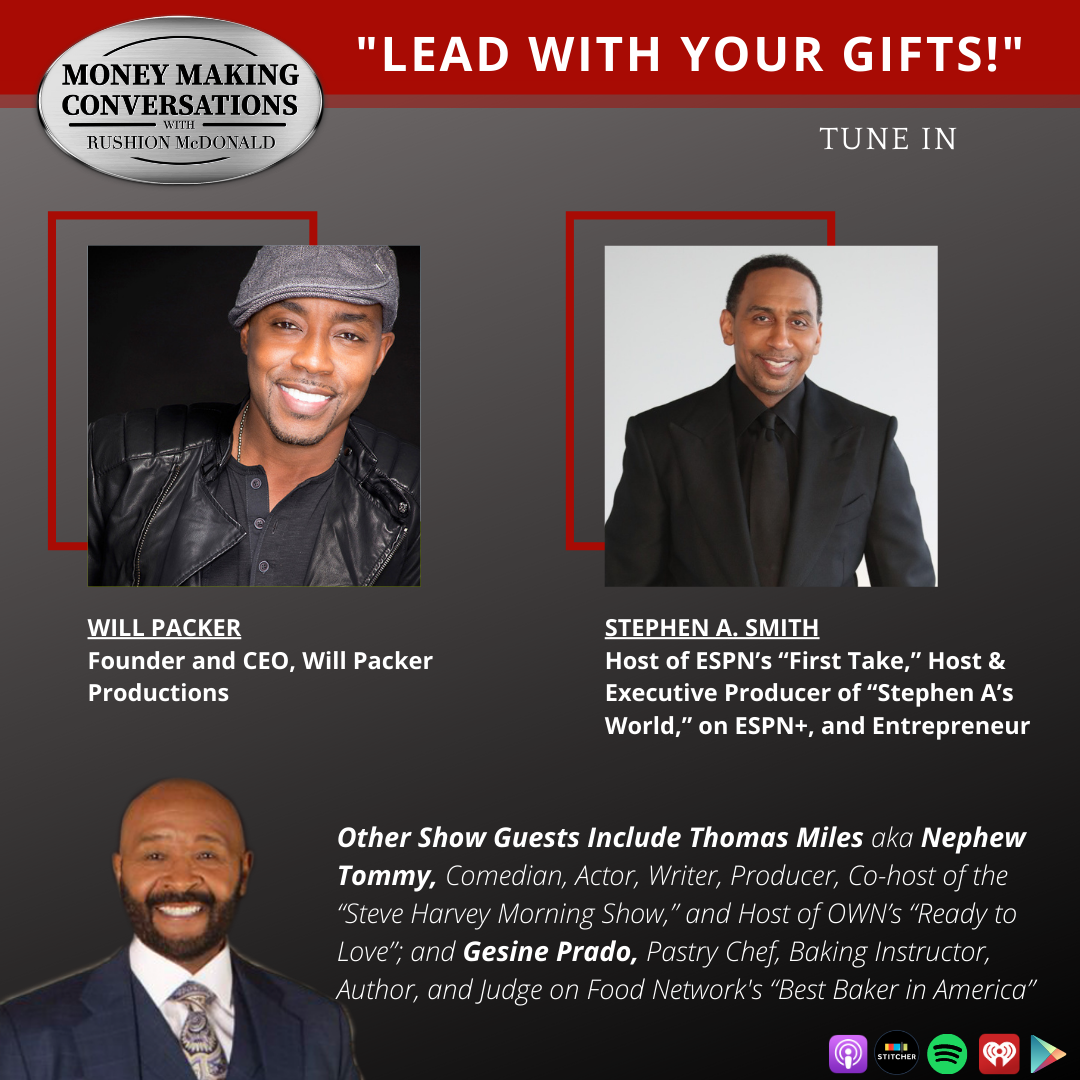 Stephen A. Smith is the recognized face of ESPN sports. He hosts “First Take,” NBA show “SportsCenter with Stephen A. Smith,” and is Executive Producer of the hit ESPN+ show Stephen A’s World. We discuss what drives his competitiveness and the importance of making a difference with others.

Thomas Miles, aka Nephew Tommy, is the co-host of the Steve Harvey Morning Show, Prank Phone Call King and host of OWN’s popular relationship show, “Ready to Love.” Talks about why not becoming a track star did not disappoint his father.

Gesine Prado hosts Food Network’s hit series “Baked in Vermont.” Streaming on Discovery Plus. She is a Pastry Chef, Author, and Entrepreneur, Judge on Food Networks 4th season of “Best Baker in America.” Talks about following your dream!