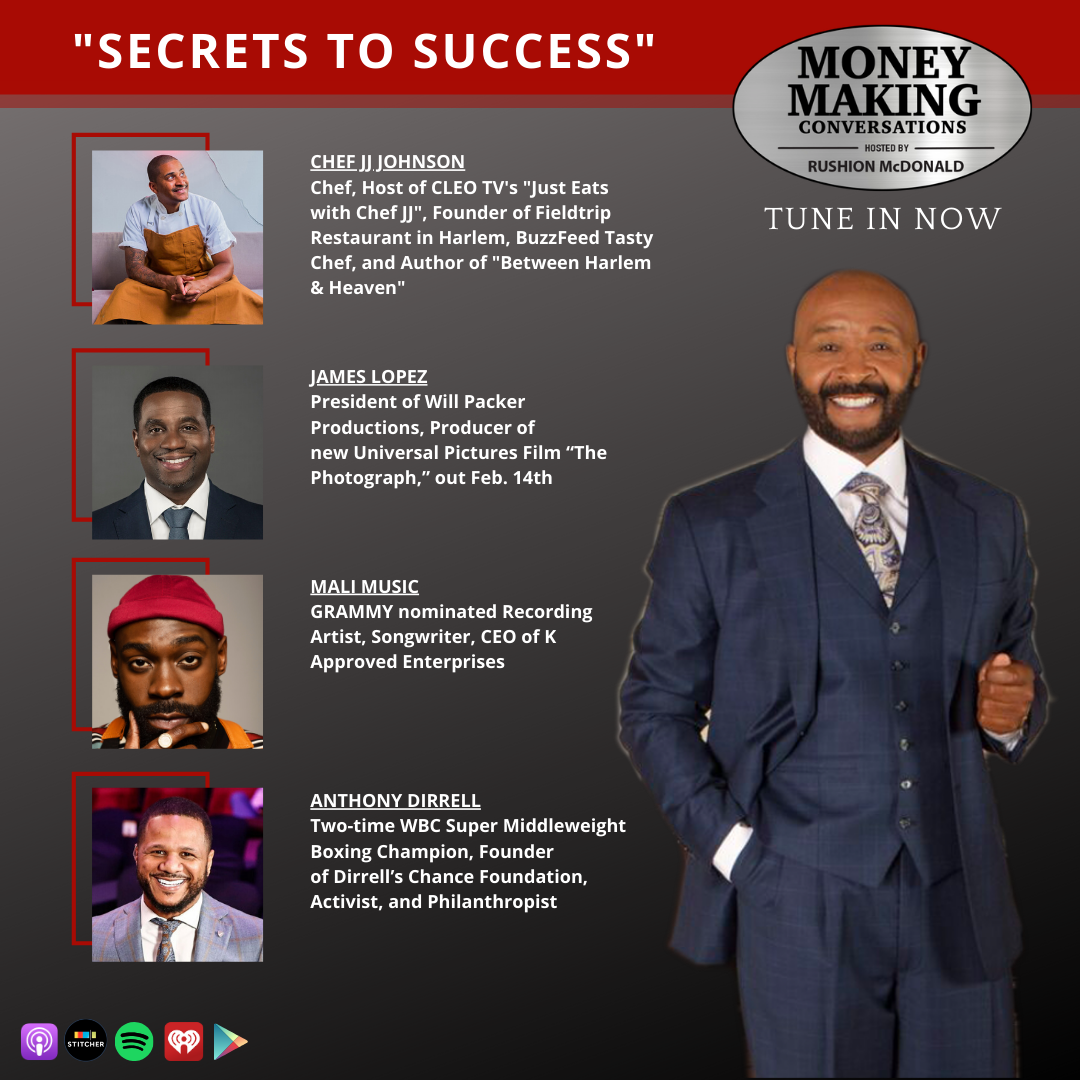 Chef JJ is a James Beard Award-winning chef, best known for his barrier-breaking cuisine connecting the foodways of West Africa and Asia to the Americas. Chef JJ hails from the cultural Mecca of Harlem, New York. He is the host of CLEO TV’s “Just Eats with Chef JJ”, Founder of Fieldtrip Restaurant in Harlem, Creator of BuzzFeed Tasty and Author of “Between Harlem & Heaven.” The 2nd Season of “Just Eats with Chef JJ,” premieres on TV One’s network CLEO TV, Saturday, February 22 at 12 PM, noon. ET; on TV One’s CLEO TV. Please welcome to Money Making Conversations, Chef JJ.

James Lopez is the former SVP of Marketing for Atlantic Records. Now is the President of Will Packer Productions and is responsible for developing and overseeing production on all film projects through the company’s first-look deal with Universal Pictures. As a producer his films have grossed more than $800 million at the box office to date. He is show today to talk about his career and his new movie The Photograph. Please welcome to Money Making Conversations, James Lopez.

Mali Music is reaching fans across R&B, hip-hop, gospel, and urban contemporary platforms. He has garnered recognition from the GRAMMYs® with nominations, delivered powerful performances on numerous stages from the BET Awards to American Idol. He is on the show today to talking his many ventures including the release of his new single “Let Go.” Please welcome to Money Making Conversations, Three-time Grammy nominated artist, songwriter and musician Mali Music.

Anthony Dirrell is from Flint Michigan. He is a two-time WBC super middleweight champion, an activist, a philanthropist, sports analyst for Fox Sports and the epitome of a champion, whether he is inside or outside of a boxing ring. They also tell me he makes a mean sweet potato pie. Please welcome to Money Making Conversations Anthony Dirrell.