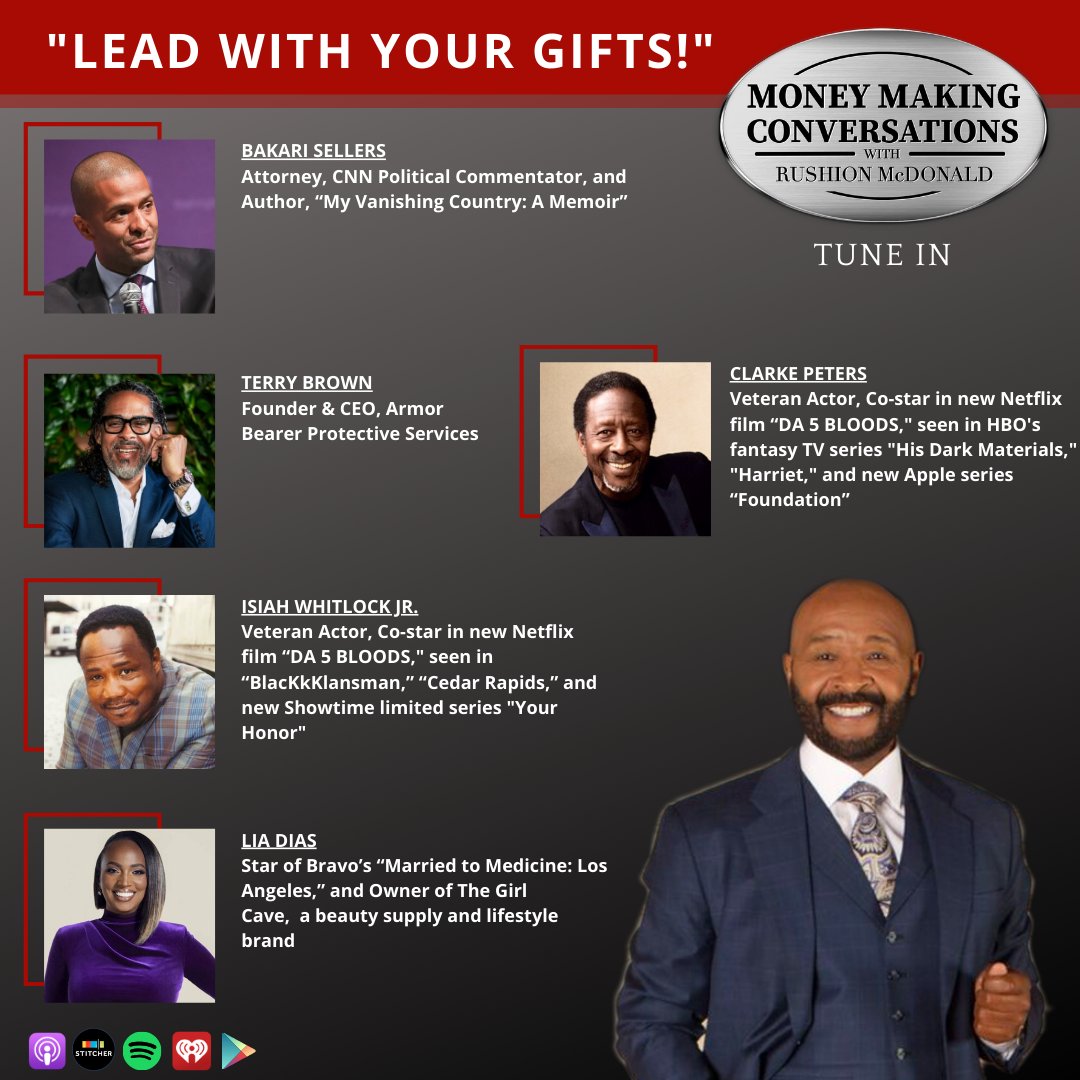 Bakari Sellers is on the show to discuss, civil unrest and his new book My Vanishing Country which is also a love letter to fatherhood—to Sellers’ father, his lodestar, whose life lessons have shaped him, and to his newborn twins, who he hopes will embrace the Sellers family name and honor its legacy. Please welcome to Money Making Conversations Bakari Sellers.

Terry Brown has a background as a homicide and an undercover narcotics detective. He has a Bachelor of Science in Business and built a well-respected legacy in Law Enforcement before moving into the private sector. He is on the show to discuss how to transition from a full-time job to following your dreams. Please welcome to Money Making Conversations Terry Brown.

Clarke Peters and Isiah Whitlock Jr starred on the critically acclaimed HBO series The Wire, and both of their careers span more than four decades of acting and directing. They are both starring in Da 5 Bloods which is streaming on Netflix. DA 5 Bloods is a movie about 5 guys who served together in Vietnam but is also a movie about Black history. DA 5 Bloods consistent of Stormin Norman (Chadwick Boseman) Paul (Delroy Lindo) Eddie (Norm Lewis) Otis (Clarke Peters) Melvin (Isiah Whitlock Jr) also on this journey you have Paul’s son David, played by Jonathan Majors. Please welcome to Money Making Conversations Clarke Peters and Isiah Whitlock Jr.

Lia Dias is an entrepreneur and will be discussing being the owner of a juice bar, and she’s a real estate mogul and former model. She hopes to promote a more realistic standard of beauty for all women. Please welcome to Money Making Conversations one of the stars of Bravo’s Married to Medicine: Los Angeles, Lia Dias.