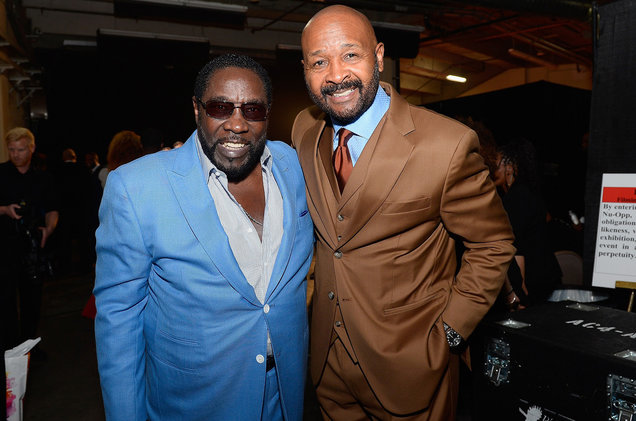 This week marks the taping of final episodes of the Steve Harvey Show after five seasons. But Rushion McDonald, executive producer of the Emmy Award-winning, Chicago-based daytime talk show, is already transitioning into new radio and television projects.

First up is McDonald’s recently launched Money Making Conversations, the radio offshoot of the host/producer’s two-year-old financial how-to series on Facebook. Patti LaBelle, Charlie Wilson, Anthony Hamilton, Lalah Hathaway and Kirk Franklin are among the musical stars who christened the weekly call-in show’s May 1 debut. Singer/songwriter Kem will be next Monday’s (May 15) special guest. The two-hour, multi-platform radio show is currently available on Houston talk/urban oldies station KYND and on McDonald’s Facebook page.

“Entertainment is also a business,” explains McDonald. “The whole purpose of having celebs on the show is for them to talk about the business side of their careers. In order to have a career, you have to be able to take on a business persona. The ultimate goal is to create a place where listeners can receive valuable financial, business and career advice for free.”

McDonald is also in production on a new documentary series for cable network TV One. Evidence of Innocence, hosted by attorney Benjamin Crump, will profile individuals who are rebuilding their lives after having their cases overturned regarding crimes they didn’t commit. The series, executive produced by McDonald via his 3815 Media banner in partnership with Jupiter Entertainment, is slated for a 2018 premiere.

During his association with former business partner and management client Harvey—who will bow a new Los Angeles-based television talk show this coming September—McDonald co-created the latter’s eponymous syndicated morning radio show and the Neighborhood Awards, which recognized the achievements of local businesses and community leaders. McDonald’s production credits include television’s Family Feud, The Jamie Foxx Show and Sister, Sister and the films Think Like a Man and Think Like a Man Too.

Based in Atlanta, McDonald plans to open another 3815 Media office in Los Angeles in the coming months.