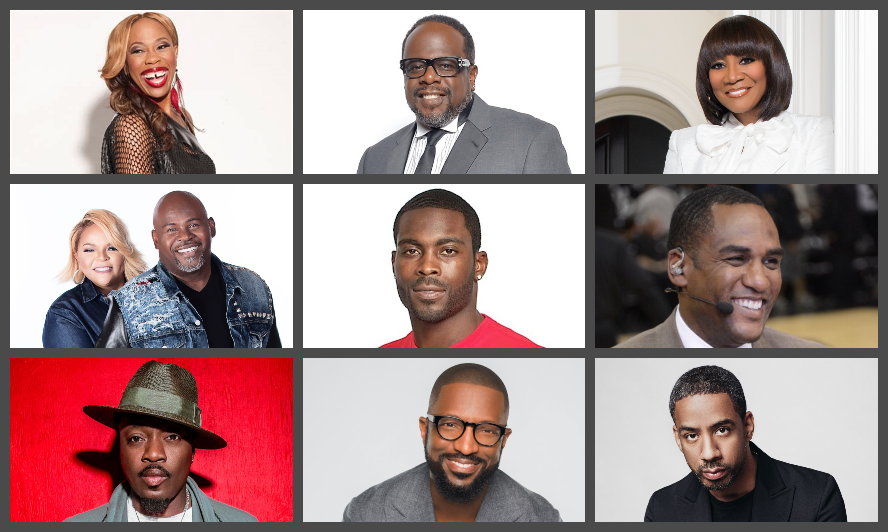 ATLANTA, May 3, 2018 /PRNewswire/ — Multiple EMMY® winning producer, social media influencer and entrepreneur Rushion McDonald, celebrates the 1-year anniversary this May of his hit radio talk show “Money Making Conversations” – joined by an all-star lineup of guests that continue to make an impact in the worlds of entertainment, business, digital sectors, sports, finance, and more.  Sharing the tools of creating success through multiple streams of income, with illuminating wisdom of entrepreneurship, decades of experience in entertainment, and forging new paths in today’s multiplatform industries, “Money Making Conversations” is hosted and produced by Rushion McDonald through his multimedia production company 3815 Media.  “Money Making Conversations” can be heard via iHeartRadio Podcast, Apple Music and other major podcast platforms that generate 250,000 listens/downloads per episode, on SiriusXM Channels 141 (H.U.R. Voices) and 142 (HBCU), and every Monday, 10 AM to 12 PM EDT on Biz1190 AM from Atlanta, GA, and live on the Money Making Conversations Facebook page.

A branding expert, renowned dealmaker, award-winning television and film producer, through his multimedia company 3815 Media, Rushion McDonald remains an entertainment and business creative force with “Money Making Conversations”, Rushion’s Baker Spotlight and other television ventures, including serving as the creator and executive producer of the new docu-series “Evidence of Innocence” hosted by acclaimed attorney Benjamin Crump, premiering June 4th on TV One.