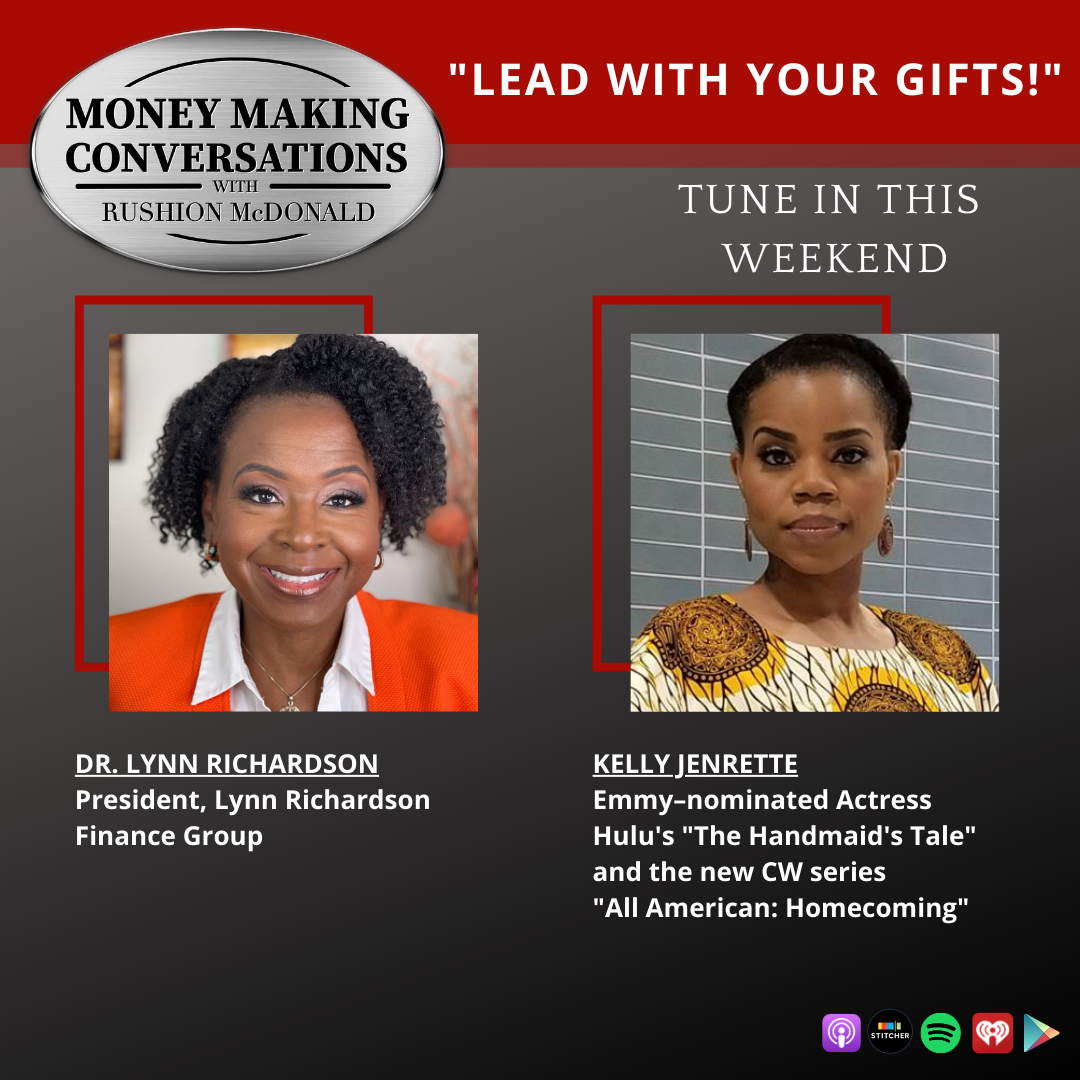 This week on Money Making Conversations Master Class, I will be joined by author, entertainment executive and celebrity financial coach, Dr. Lynn Richardson, discussing money management and how to hire your kids paying them up to $12,500 and write it off on your taxes.

I am also be joined by Emmy-nominated actress Kelly Jenrette, to speak on her starring role on the CW’s new series, “All American: Homecoming.”“A young adult sports drama set against the backdrop of the HBCU, aka historically Black colleges and universities, experience at Bringston University, where Black excellence is a way of life.” – wikipedia

“Kelly Jenrette is an American actress. She is known for her roles on Grandfathered and Manhunt: Deadly Games. She received a Nomination Primetime Emmy Award for Outstanding Guest Actress in a Drama Series nomination for her guest appearance on The Handmaid’s Tale.” – wikipedia